It was a great forum – Mel and John are incredibly articulate and passionate about Roar. There were a lot of interesting questions –  the beauty about these forums is the insight and understanding about what the coaches are thinking and why.

Interesting only a handful of questions were directed at Mark Kingsman compared to last year and the year before where forums centred on management issues.

After the event someone raised the question over the pitch and a club spokesman said this had been a hot topic with Suncorp and they had a plan to manage it after the concerts unlike last year. The plan involves replacing the entire surface after the first concert with summer grass (not winter grass with summer seeds in it). 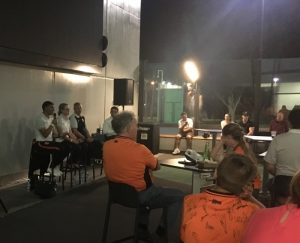 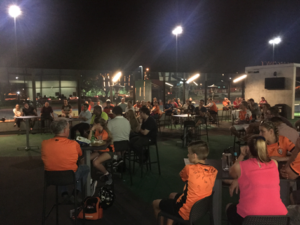 Listen to the Coaches Call fan Forum at Suncorp Stadium on Friday 29 September 2017 – Link to Video of the Fan Forum – Thanks to James, Adam and Scott from The Roar Review