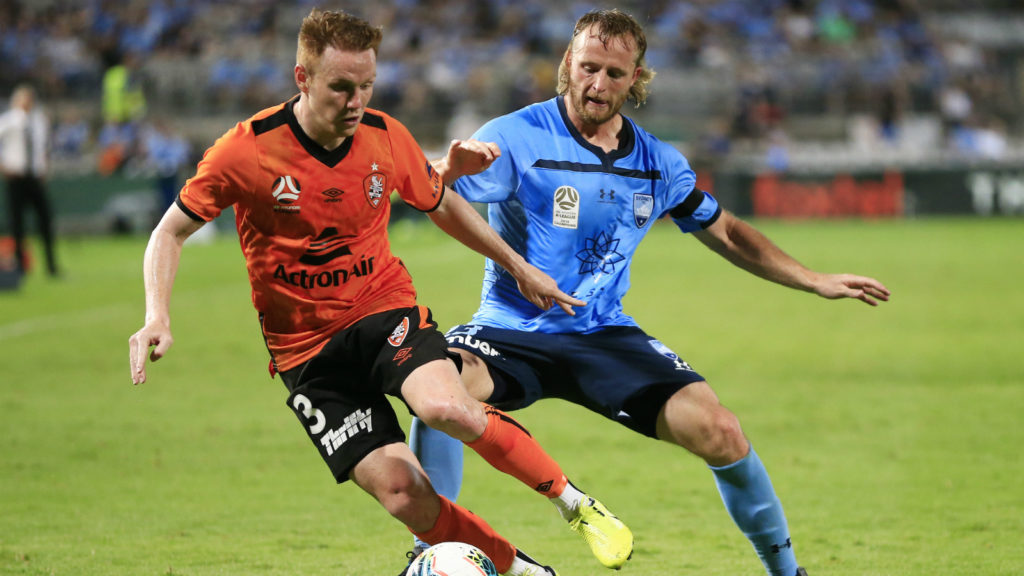 Next week sees the commencement of Roars preseason along with many A-League clubs and we take a look at the ins and outs ahead of the players returning. The key date is Monday, 1st of July which is officially the first day of preseason training at Logan but players, new and old, are expected to be checking in at Logan in the next week or so ahead of the first day.

It’s almost easier to ask the question what hasn’t changed – a new coach, new assistant coach and a raft of player departures and pending arrivals. Club CEO David Pourre is still here (and lets face it, not changing the CEO in winter is a Bakrie rarity).

Roar head into the new season with a new head coach in Robbie Fowler, new assistant head coach in Tony Grant, with former interim coach Darren Davies staying in post as the other assistant manager. It’s hard to make predictions with the new coaching team as the two main elements are unknown to us.

Fowler came through the Liverpool FC Academy and this is his first head coaching position, so its anyone’s guess what and how he’ll set his Roar side up. Liverpool under Klopp have played both 4-3-3 and more recently 4-2-3-1, formations familiar to Roar fans. But Fowler also did his UEFA Pro-Licence under an English system favouring the more modern three-at-the-back formation so we might see 3-4-3 or more likely 3-5-2.

It’s too early to tell although the early signings might give us all a clue, personally I’d be leaning to a back three and strong midfield; for no other reason than it’s in vogue at the moment.

Assistant Coach Tony Grant is less of a conundrum with the former EPL player probably familiar to followers of the English game. His coaching career started out at Crewe Alexandra working closely with Dario Gradi, which is not a bad apprenticeship with the English-Italian Gradi synonymous with good football and youth development, before stints at Blackburn and Blackpool. He was also, until recently we presume, the European Scout for Everton F.C. suggesting he has an eye for talent.

Darren Davies, relatively unknown to Roar fans a year ago is now all too familiar. The likeable, hard-working Davies suffered a baptism of fire taking over from the departed John Aloisi with little to commend Davies’s time in charge other than some frank and honest post-match interviews. But its good he’s sticking around, he knows his way around Roar, the remaining players, and will help Fowler/Grant make sense of the A-League quicker than they would on their own.

A record 14 players departed Roar at the end of last season, a move which didn’t seem to disappoint fans many of whom were demanding a “cleanout”. Well we certainly got one.

Heading up the departures was club captain and club record appearance holder Matt McKay marking the end of an era. The ever-popular McKay might have gone on one more season but in fairness, next season is not the time to roll the dice on player recruitment.

Talking of rolling the dice the ever-injured Bret Holman departs, probably the biggest signing gamble of last winter Holman failed to make an appearance in a disappointing end to his Roar career.

Crowd favourite Henrique left to take up a position coaching in the U18 Academy and Danish international Thomas Kristensen also departed along with Mikkleson. Both had disappointing seasons.

Luke DeVere was another notable departure, injury seemingly preventing him from reaching his previous seasons form and we wish him well at Nix. The popular ‘Angry Greek” Avram Papadopoulos also departed (earlier in mid-season) denying Roar a great player and the Den a great song.

Eric Bautheac is probably the most contentious departure; always good for a red card the enigmatic Frenchman was also prone to the odd flash of brilliance and was popular with many fans.

What gaps need to be filled:

Its fair to say there are plenty of gaps to be filled and the new coaching team has a big winter ahead of them with 10+ signings required and the elevation of (it has to be said, some excellent) youth players to be managed.

Basically, the entire spine of the team needs rebuilding … and then some.

Starting from the back the popular Jamie Young is a shoo-in starter leaving the search for a back-up keeper only.

The backline is noticeably short with really only reserve grade players on the books with the exception of Jack Hingert. Irrespective of whether Fowlers Roar are playing three or four at the back they will need at least three solid defensive signings including a top-notch Centre Back.

The Forward line is then next in need of overhaul, with Taggart’s premature departure Wenzel-Halls proved one of last season’s bright-spots but can he carry the forward line? It’s unlikely he has the experience so at least one forward needs to be signed and possibly two, especially if rumours of D’Agostino’s departures prove to be true.

Then we have our midfield, ‘old n bold’ last season the engine room of the team was obviously in need of an overhaul. This is where the most question marks hang over the new season. Where does Mauk fit in – starter or bench? Will there be 3, 4 or 5 in that midfield? Either way there needs to be a host of new midfield players signed with possibly five new faces arriving.

With no firm signings to date supporters have been left guessing as to what signings will be made, and when.

Roy O’Donovan is a very strong rumour, first linked with Roar three years back before he joined Central Coast the Irishman is a known quantity – he’s good for 11-15 goals a season and is guaranteed to cause opponents trouble. Questions marks have been raised over his ill-discipline in some quarters, and not without good cause. However, the last striker we had with disciplinary issues was prone to rip his shirt off and invite his opponents outside to Castlemaine Street for a fight … and he turned out okay! If ROD joins GOD, he’d be a guaranteed starter.

George Mells is another name circulating. The young ex-Adelaide midfielder is currently  a free agent following a stint at Fortuna Sittard in Holland. Probably not a starter but would be a useful addition to the squad.

Local boy and ex-Kenmore FC/UQFC product Aiden O’Neill is another midfielder linked with Roar. Currently on the books of EPL side Burnley but loaned out to Central Coast last season the youngster would be popular and most likely a regular starter with Roar.

Then the rumours turn a bit ambiguous;

Aussie Brad Inman who came through the Newcastle United Academy (the one in England) is another midfielder linked with Roar. An unknown quantity he has been capped at Scottish youth level despite plying his trade in the lower leagues of England.

Tom Aldred is another player linked. The tall Central Defender is currently playing with Motherwell in the Scottish top flight having spent time in England’s lower leagues.

Perth defender Scott Neville is linked to a swap deal in exchange for Dane Ingham. Not many supporters would balk at that one.

And Newcastle Jets defender Ivan Vujica left Jets this week linked to several clubs including Western United and Roar. Another name linked is Jay O’Shea, another lower English league player, currently being chased by a host of English clubs.

And in the middle of writing this blog Aaron Amadi-Holloway‘s name surfaced in the UK press linking him to an imminent move to Roar. As a striker he has underwhelming stats but he can also play wide on either side of midfield. The logic of players like this will only become clear once all 10 new signings are announced and the team structure known.

And that’s about it on the rumour front. Few too rumours for the number of players required but the club is to be commended for keeping the leaks to a minimum (shame on the Aussie press through for not digging deeper to satisfy our requirements lol).

It’s hard to say. It looks like Fowler/Grant are playing it safe with visa signings with persistent rumours  we will see an all-British Isles line-up; not necessarily a bad thing but after several season of hit n miss visa signings supporters will be hoping for 5 functioning and quality players.

Then we will need 5 good Aussie signings to complement the visa players – targeting returning Aussies in Europe seems to be part of the plan but it remains to be seen whether Roar will target many of the off-contract Australians at other A-League clubs.

If there is a theme building it’s probably this:

most of the rumoured players are the right side of 30 with a healthy mix of 25-30 year old players and 20-25 year olds; the visa player rumours all appear to be “British” and its been speculated enough times Fowler/Grant will stay “close to home” in this regard; and most of the rumoured players seem to have a Broich/Berisha-like quality where they have unfulfilled potential and seem to be drifting in their current careers.

July 1st is pre-season with the first pre-season game only a couple of weeks out from that; you would hope Fowler has been busy despite the lack of solid rumours.

Are their reasons to be optimistic?

This has to be the hardest season to call since Ange arrived. A new coaching team, massive departures mirrored by many new arrivals makes it hard to pick. But the Fowler/Grant/Davies coaching team has a nice ring to it, its new and untested but all will be hungry for success – especially Fowler who has ambitions of coaching in the EPL so won’t want a failure at BRFC on his hands.

So it’s a case of ‘wait and see”, early signs look promising but another repeat of last years dismal season is just unthinkable and a “scrape into the finals” is not what we are all hoping for.

So, the big question is, can Fowlers army challenge for the title this year or will it be a year of transition? Who knows, but the countdown starts next week. Get ready folks.